We already know which phrase is the most difficult to pronounce and what is the longest word in the English language… well at least kind of. But the question still remains:  What is the oldest word in the world? As usual, it depends on your point of view.

Since words change while languages evolve, the definition of what is commonly understood according to the term “word” can be bit elusive. Scientists from the University of Reading claim that computer analysis of the family of Indo-European languages lets them determine which words have changed the least through the ages. According to that research “I”, “we”, “two” and “three” could be called the “oldest”, in the context that they probably would be recognised in some shape or form by our ancestors living 2,500 years ago or even earlier. 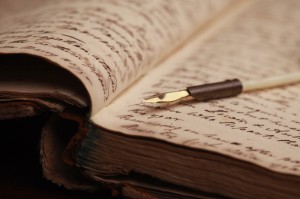 Still, we should remember that words consist not only of form but also meaning. The meaning can differ from language to language, even with terms that are commonly perceived as cross-language synonyms. For example English “friend” can be translated into Polish as “przyjaciel” and into Russian as “drug”, but these words vary on semantic level as they define different kinds of friendship. Because of that, Anna Wierzbicka, a linguist from Warsaw University and later at the Australian National University, developed the theory that led to the creation of neural semantic metalanguage. NSM consists of words that are semantic primitives – simple, indefinable, and universally lexicalised concepts, hypothesised to be language universals, such as: I, YOU, SOMEONE, PEOPLE or GOOD, BAD and THINK, KNOW, WANT, FEEL. As those are the most primitive (at least on a semantic level), they could be also among the first words spoken by humans.

There is also the possibility that we do not need supercomputer to find the oldest words. It is theorised that the most ancient are actually the words that are among first word-like sounds made by babbling babies, such as “mama” and “papa”. It is so not because of their meaning but simply because they are the easiest to pronounce using the human speech system.

So, what do you think about all of this? What is your #FavoriteWord? If you have one, share it with us on our Facebook page!