Are any of you opposed to vacations? Who doesn’t like to have some days off to explore some new terrain? I’ll take a wild guess and say that there’s only a select few that would argue against having more time to relax like this. As May is rapidly approaching and we can see summertime just beyond the horizon, my proposal for today is to transport somewhere together and maybe inspire you to plan some nice trips for the future. A toasty place that comes to mind is… Mexico. So, off we go. Although this is a country full of contrasts, a huge similarity can be found amongst the people. The people there are predominantly kind. I can confidently state this fact about their natives as I was able to learn about their culture last year. Yes, I was on my way to Mexico during the harsh Polish winter season a year ago. If I could change anything about my trip it would definitely be the flight duration; it was way too long. Instead of being able to explore the vast expanse of this huge country, I had to squirm in my seat aboard the place with barely contained excitement. However, it wasn’t quite as bad as I’m making it seem as flying can be quite relaxing. The second thing which could be modified is the duration of my stay there – 10 days is just not enough. But you, my dear readers, are what one would consider privileged. Thanks to your imagination you can stay there as long as your brain and free time allow. 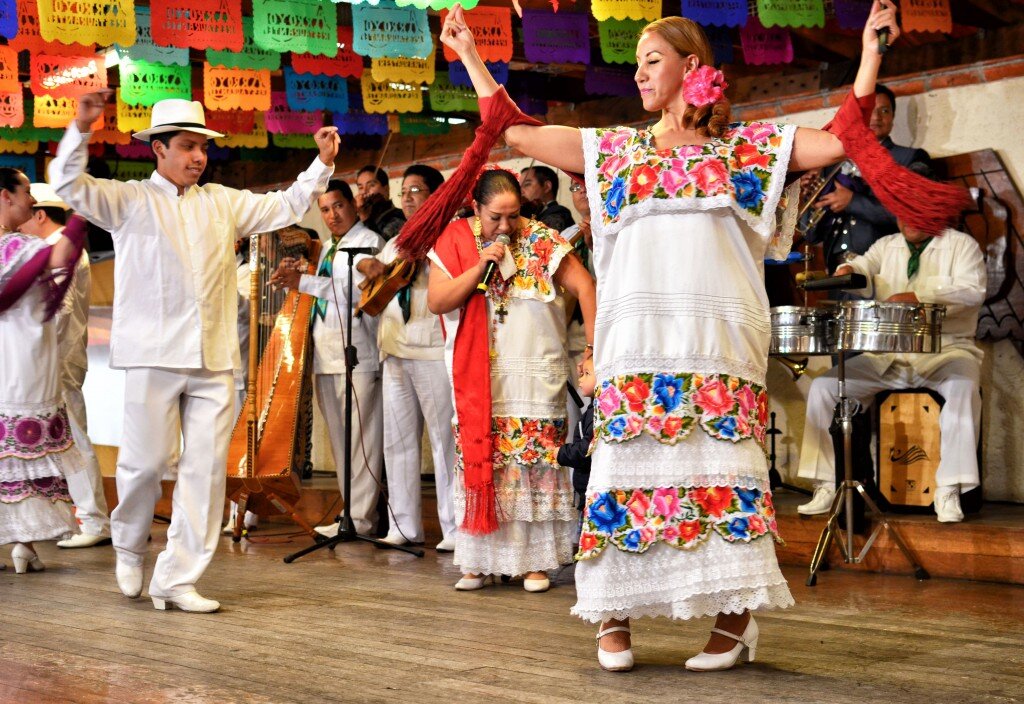 The very first image of Mexico that becomes engraved in your memory is the light. The light? Yes. Looking down from your little seat on a plane, you get an aerial view of what appears to be an illuminated sea of lights. The Mexican landscape is embellished by thousands of lights that seem to be eternally glowing. Although almost all significant cities in the world look similar from the air, there is something absolutely magical about Mexico. Picture this: we are landing in Mexico City. We start our adventure from the capital, a city that has almost 9 million inhabitants. That’s about one-quarter of Poland’s total population. Besides all the famous places you visit, the most recognisable monuments etc., please also note the people’s attitude, hospitality and behaviour as that is what makes the culture. It’s obvious that when natives notice someone who looks like a tourist, they try almost everything to get some money from him or her, and these people are no exception, since it’s no mystery that Mexico belongs to a group of poor countries. It’s even said that Mexicans will sell you everything just to make you pay for it. I must admit I have experienced that but, fortunately, it took place without any sort of harm – as in I personally wasn’t got mugged or drubbed. I only have really nice memories of the capital, but if you venture there please be cautious. Better safe than sorry.

That was a short sprint across the capital. Now it’s time to travel to the south-west of the country. Do you know what the destination of our journey is? I will prompt you. Maybe, once upon a time, you have sung along to a song written especially to extol the enchantments of its beaches and sunsets. Yes, that’s correct! I am talking about A-c-a-p-u-l-c-o – definitely a place to warm up and get some sun. Are you feeling toasty now? I myself am trying to imagine soaking up the rays on a sun lounger, watching the ocean’s waves, inhaling the smell of Mexican cuisine (by the way, that alone is a fantastic reason to drop in) and indulging in a cold mojito. Life couldn’t be any better.

Have you already made some travel plans? Maybe it was me who encouraged you to plan some trips in the near future; possibly one in particular to “the navel of the moon” (the ancient meaning of the word Mexico)? Did you like reading up about the country, its people and culture; or maybe something different caught your attention?

Share your opinion with us in the comments section below!

What do you (probably not) know about Latin America?