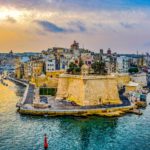 Malta – the Island of wonders

My husband and I recently met a man from the island nation of Malta. Having never been there before, he described such a beautiful and friendly place that we decided to do a little more research. A cursory review of Malta’s more than 7,000 year history was enough to convince us to book a trip. Over that time, Malta has experienced a clash of cultures that has resulted in a wonderful mix of people, food and architecture. Their strategic location just south of Italy made them a perfect stop on past and present trade routes. Our goals for our 4-day trip were to taste some local specialties, learn about the history firsthand and explore some of the picturesque natural wonders of both the island of Malta and its smaller companion island, Gozo. We were not disappointed.

We were able to taste a couple of local Maltese dishes, one of which was pastizzi. They are little, fist-sized flaky pastry balls filled with a ricotta cheese blend or with a mashed pea mixture. They are sold at small walk-up stands that also sell pizza by the slice and two pastizzi can be had for about 1 euro. They are filling and delicious! The pea-filled pastizzi did not sound appetizing to me but it turned out to be my favorite. We have a phrase in English, “Don’t knock it until you try it!” which can be also translated as “Don’t take a pot shot!” and I am so glad I gave it a chance. Other than eating fresh seafood at every opportunity (we were on an island after all), we also tried the local specialty of Rabbit Stew. At Il-Tokk restaurant in Victoria, Gozo, they offer a huge bowl of steaming stew for under 15 euro. The rabbit was falling-off-the-bone tender surrounded by chunks of potatoes and carrots and steeped in a variety of unknown to me seasonings. The portion was big enough to share, so we did. 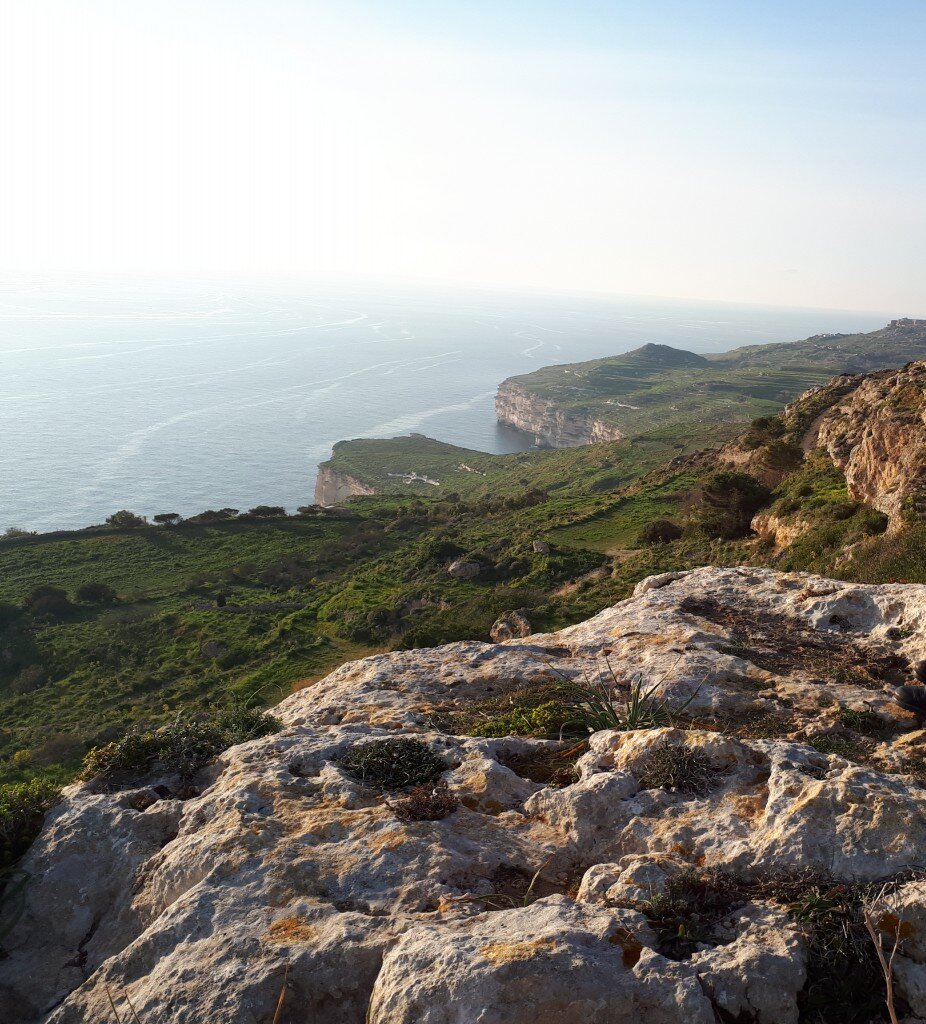 After stuffing ourselves with delicious cuisine, we signed up for the free walking tour of the capital city of Malta called Valletta. We were led by a Maltese-Australian named Jennifer who was extremely knowledgeable about the history and architecture of the city. She told us interesting stories about how The Order of Saint John, a Christian Order founded in a hospice in 11th Century Jerusalem, came to inhabit the island in 1530. Their representative symbol is what we now know as the Maltese Cross. They were tasked with defending Christianity and after successfully blocking the Ottoman Empire from invading Europe during the Great Siege of 1565, they were showered with riches which they used to continue fortifying their harbors. These fortifications still stand today and many of them can be toured to learn more about this tumultuous time in history. 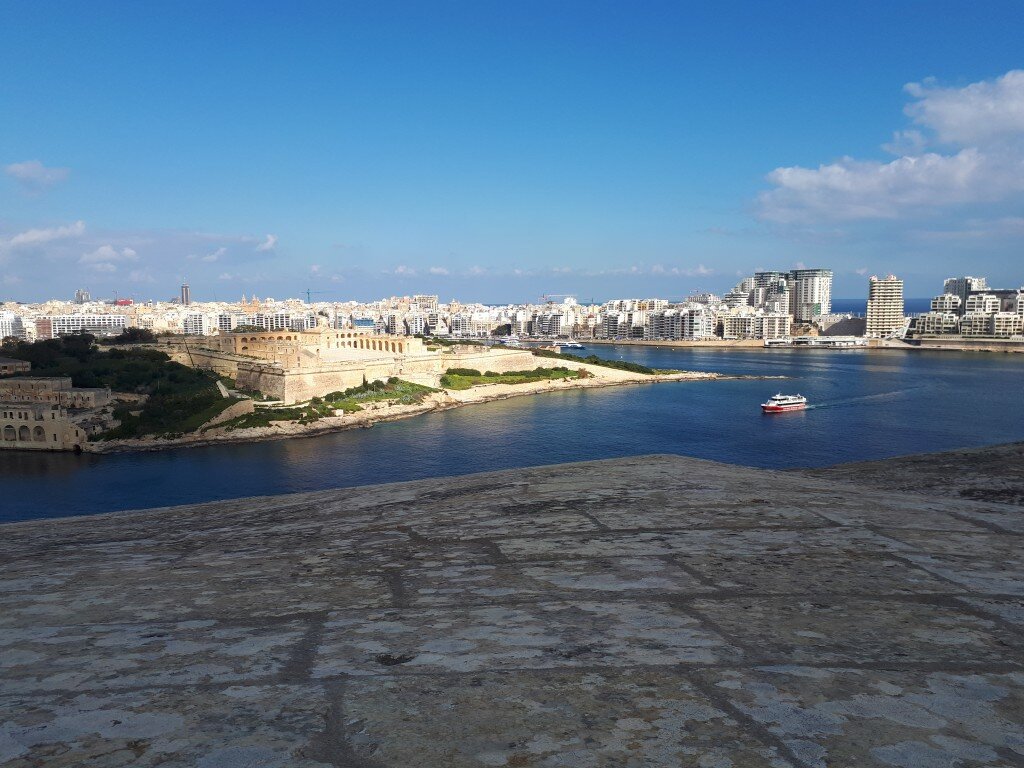 Although it is well-known by now that the famous Azure Window collapsed in 2017, we found so many other spectacular vistas that we believe deserve just as much attention. My favorite day in Malta was the day we rented a scooter and explored some of the islands hidden vistas. There are so many to choose from but nothing was better than watching the sun set at a random unnamed location along the Western cliffs. It was the perfect end to a wonderful trip.