It is commonly believed that there are no better experts on snow than Eskimos, as many of us have probably heard that they have more than 500 words for snow. It is not unreasonable to think this, given that their lives depend on the intensity of the snowfall, thickness and even density of the snow cover.  But is it really true that they have so many terms to describe a snow flurry that surrounds them?  Yes … Kind of … Well, not really. 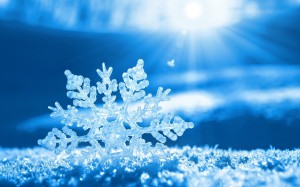 The whole idea came from German anthropologist Franz Boas, who claimed in the introduction to his 1911 Handbook of American Indian Languages that Eskimos have hundreds of words for snow. The first problem with this statement is, however, that there is more than one ‘Eskimo’ language, since the term ‘Eskimos’ refers to the Yupik and Inuit peoples that live in Alaska, Canada, Siberia and Greenland and who speak many different languages that include multiple dialects of each. And what is even more problematic, the Inuit and Yupik languages are polysynthetic i.e. their words are generated by combining a limited set of roots and suffixes. This allows them to describe complicated situations by using only one word generated by combing many root words and suffixes. For instance ‘dinliltla’ (one Inuit word) means ‘little balls of snow that cling to Husky fur’ (9 English words) – if we count that sentence as one word, it truly means that Eskimos have a heck of a lot of words for snow … and for everything else too.

We still can count how many root words Eskimos have for snow even though it can be problematic which are a ‘snow word’ and which are not, but most linguists agree that there are as many ‘snow words’ as in every other language. This means that if we are looking for snow experts we don’t have to look that far. All we need to do is to look outside the window!

One with milk, please!